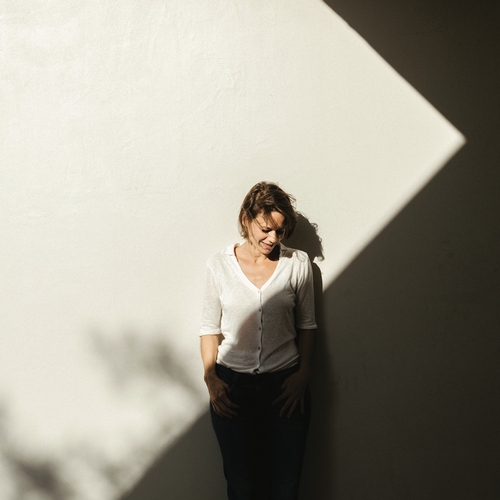 Sophie Alour learned the saxophone as a self-taught, after studying clarinet at the Quimper Conservatory in Brittany. She released eight albums, each one with critics appraisal in France.

It is on stage that she learned jazz and very quickly, in 2000, she got enrolled in the big band "the Vintage Orchestra" which brought together the finest of her generation. In the same year, she created a sextet with Stéphane Belmondo and joined Christophe Dal Sasso's big band who recorded the album "Ouverture" (Nocturne).

A new step was taken when Rhoda Scott hired her in 2004 to form her quartet. The same year she played in Wynton Marsalis' big band and participated in Aldo Romano's project. In 2005, she recorded her critically acclaimed debut album "Insulaire" (Nocturne). She was invited to participate in several recordings and can be found on Alexandre Saada's albums "Be where you are" and "Panic circus" as well as on the album of Rhoda Scott's Lady quartet.

In 2018 her sixth album, "Time For Love" was released, bringing together Stéphane Belmondo, Glenn Ferris, David El Malek, André Ceccarelli, Alain Jean Marie, Sylvain Romano, Rhoda Scott, Laurent Coq and the classical quintet Allegria around standards and timeless melodies, sung notably by Ella Fitzgerald, Billie Holiday or Shirley Horn. Sophie Alour was nominated in the Artist of the Year category for this record and was elected "Spedidam generation". The same year she was invited to join Leon Parker's quartet alongside bassist Or Bareket and Fréderic Nardin on piano.

After a return to her roots with the standards album "Time For Love", she felt like taking a leap into the unknown. She enriched her sound palette with an oriental instrument such as the oud,  which forced her to take a side road, to find a language, free from the aesthetic codes of jazz, freed from the conventions of the genre. The oud is a thousand-year-old instrument, which puts the soul in vibration with another world, and which by its very construction, marks the writing and imposes to find a meeting point, for lack of having a common language.

Her album « Joy » released in 2020 received much appraisal for this inclusion of oriental sounds inside fierce jazz compositions. Sophie Alour received the Django Reinhardt Award given by the French Académie du Jazz. In 2021, she returned on stage with an expanded band that goes even further in this bending of aesthetics ; for that she brought together an incredible cast of musicians, adding saz, darbouka, Irish violin and Carnatic singing on top of a jazz quartet. The result is a fascinating and joyous experience.