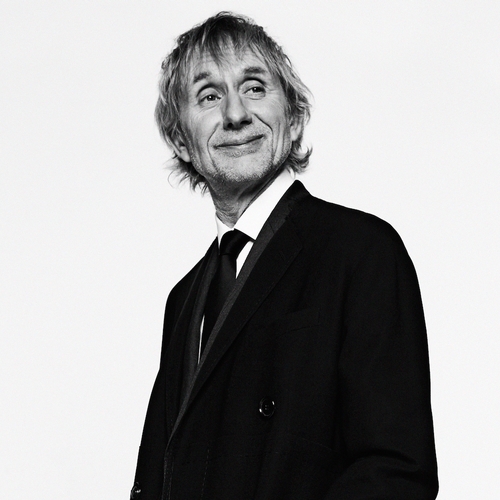 Even his look has something of the celestial.

In a studio buried deep in the bowels of a Swiss city, the walls reflect the light. Erik Truffaz has donned a white shirt that seems to crumple instantly; his glasses dangle on the end of a cord. In front of him stands an isolated booth, a microphone older than he is - he blows a trumpet older than him. Everything exudes age. Time. Skill.

Then he starts to sing. The song of a wounded child. The song of a departed soul. Truffaz's trumpet is connected to underwater worlds, unexplored summits, prayers and nursery rhymes. He might not look like much. He doesn't play the poet. But in this piece, "Lune Rouge" (Red Moon), he extracts the sound of breath.

Red is the moon. To see a blood moon, several factors need to combine. There needs to be a total eclipse, when the moon, the earth and the sun are exactly aligned, and the moon must be at its perigee - close to our orbit. It's a stunning combination of mineral light, promised collisions, and happy accidents. The red moon is the result of a perfect alignment.

In the recording sessions for the album, there are no formalities. They've known each other forever. Hanging on the walls of the Flon recording studio are the quartet's vinyls, going back 20 years. Not like trophies but like fragments of a mosaic in progress. Nothing is finished, everything is breathed. They don't talk much about what to do. Marcello Giuliani, the brother, scrolls through his phone, looking weary. Benoît Corboz adjusts keyboards that, once set up, look like the cockpit of a spaceship.

"We wanted new things for this album", explains Erik Truffaz, in the long pauses where he stops to gather his thoughts. "We have passed the baton to Arthur Hnatek and asked him to compose the basic material on which the quartet can build a sound, putting together the pieces and picking them apart again."

The new drummer has been with them since the album "Doni Doni", recorded in Brussels. So they decided to give him the floor. Arthur Hnatek, with an air of indifference, takes out his computer full of digital feeling, or his percussion, which he handles like a colourist. You can tell there's new blood.

Everything starts with long dizzy spells, gut-wrenching jams, which they then tweak like Teo Macero did for Miles's electric tracks.

It's a constant work in progress, interior, almost silent, making an album of the Erik Truffaz Quartet.

There's almost a sci-fi feel. Eradicating time. We're listening to the tracks when they're still in controlled gestation, suspended in zero gravity. We don't know if they come from an ancient past, with analogue sounds, basslines so heavy and sticky that they are lifted from Creole dub music, or from a very distant future.

"We have improvised lots of little chronicles that serve as links between the compositions." They're like delicate Persian miniatures or exclamations in speech bubbles by Roy Lichtenstein. Something dense and exclamatory at the same time.

In the intense lyricism of this record, are some linchpins. Compositions - Five on the Floor, Cycle by Cycle, Nostalgia - that showcase what the Erik Truffaz Quartet does best. A rock band with a broken-nosed singer, whose melodies go straight down the spine.

"Do they do solos with so few notes in New York?" asks Truffaz, laughing at Hnatek, who studied across the pond.

Over the past 20 years, Truffaz has played with everyone, from Pierre Henry to Christophe and Enki Bilal; he has travelled the world ten times over, filling venue after venue after venue. And yet he still thinks of himself as just starting out, not totally legitimate, on a passionate quest to make the stars align.

That's what gives strength to this intranquil group. There's no relaxing. No listening to themselves play too much.

They challenge their instincts. It's silent, it's slow. Little by little they discover an album they never planned. Voices that cross space and time, that of Andrina Bollinger, of Jose James, and of Erik Truffaz, with his haunting, lunar calm. It's a spontaneous happening, a meteorite falling into a crater destined to receive it.

Their best record perhaps, and certainly their most pure, bathed in an ochre light, instilled with a telluric force. An unknown place that we know we've long been searching for.