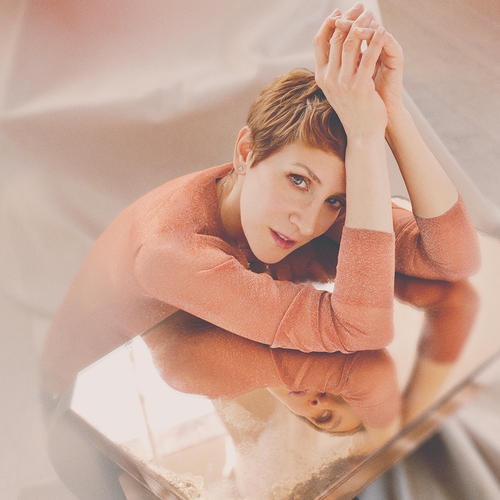 The American singer Stacey Kent is an artist with such an unclassifiable style that she almost deserves to have a category created just for her that reflects her uniqueness. Sublime interpreter of this vast repertoire of standards that the Americans have given the name « Great American Songbook », Stacey Kent, who is fluent in French and Portuguese, has over the years considerably expanded its territories beyond jazz by venturing into song and bossa nova. Approaching these genres in a very personal way but without ever trying to transcend their codes, the singer develops a style so naturally syncretic that she never gives the impression of crossing any frontier to move one idiom to another. For Stacey, a song is a poem whose melody reveals meaning as naturally as the inflections of spoken language, proposing another level of expressiveness, more emotional, but never pathetic.

Stacey’s unique ability to welcome and synthesise the great diversity of the elements that make up her musical personality probably comes from her education. Her French-speaking Russian’s grandfather introduced her to the wonders of the poetic traditions of these two great cultures as a child. Her mother, passionate amateur pianist, made her discover the artwork of Chopin, Ravel et Debussy. Finally New York City, and the extraordinary abundance of its cultural life, has allowed him since adolescence to fully live his passion for music, art and cinema. It is quite naturally that after obtaining her diplomas, choosing to settle in Europe, the young singer transfused into her music full of nuances, all the range and variety of her cultural tastes.

However, Stacey at that time was far to be the consummate artist that we know. On her first album, Close Your Eyes, released on the label Candid in 1997, the singer admittedly had some freshness and a real personality, but her approach to repertoire still seems very traditional.

It was not until 2006 and her signature ont he emblematic jazz label Blue Note that she suddenly moved into another dimension. Even if on her previous album, The Boy Next Door (Candid, 2003), Stacey Kent had already started to open her style to other influences, it was not only when Blue Note offered her the incredible Luxury of being able to take her time between each project that she was able to develop all the dimensions of her universe and develop this so original way that we find on her last albums. As she sang magnificently in her 2007 cover of Stevie Nick’s Landslide, « Le temps vous rend plus audacieux »…

The current Stacey actually appears in 2007 with realisation for Blue Note Breakfast On the Morning Tram. What set this apart from everything she had done before was the presence in the repertoire of four original themes written especially for Stacey by her husband and faithful partner, saxophonist Jim Tomlinson, associated with the great British novelist Kazuo Ishiguro. For the first time her songs offered to Stacey the opportunity to give full expression to her personal musical expression. They continue to be the core of her repertoire today.

Stacey is an artist whose the career is characterized by a constant and remarkable progression. Many highlights have punctuated all these years spent on tour and in recording studios. Nominated in the Best jazz category at the BBC Jazz Awards in 2001, Stacey’s first real success came with The Boy Next Door recorded in 2003. Catapulted into a gold disc, he was followed by Breakfast On the Morning Tram, which gave him the statues of a platinum disc. Raconte-moi will also achieve a great public success by being a gold record. In 2010 Stacey was named a Knight in the Order Of Arts and Letters. She has been honoured and was won several awards in nearly fifty countries on six continents.

In addition to her carrer, which is increasingly rich in tours and recording, Stacey Kent has also undertaken some prestigious collaborations in recent years. On the occasion of the celebration of his 50th anniversary, Brazilian author, composer and performer Marcos Valle invited Stacey to sing some of the most famous songs in the repertoire. The performance was immortalised in the album Ao Vivo, 50 Anos by Carreira (Sony 2013) and a documentary on the same subject is about to be published on DVD. Stacey also plays regular with the Ebony Quartet with whom she recorded the albums Fiction (EMI 2010) and Brazil (Erato 2014). The fact that Stacey is thus able to express herself in such a variety of contexts and on such diverse repertoires, while remaining constantly and undeniably herself, speaks volumes about her artistic integrity and the strength and purity of her conceptions.

When somebody ask to Stacey to describe her style, Stacey use to refuse any form of self-analysis : « I’m just singing! » she replies inevitably….. It’s this mix between ease and casual spontaneity that we feel with a huge strength when we see her on stage. Anyone who has seen Stacey on stage knows that the singer is not a theatre character but an authentic person seeking to express true and complex emotions as sincerely as possible.

This is probably where Stacey Kent’s magic lies. All she has to do is grab a song and you can’t imagine any other way to interpret it.