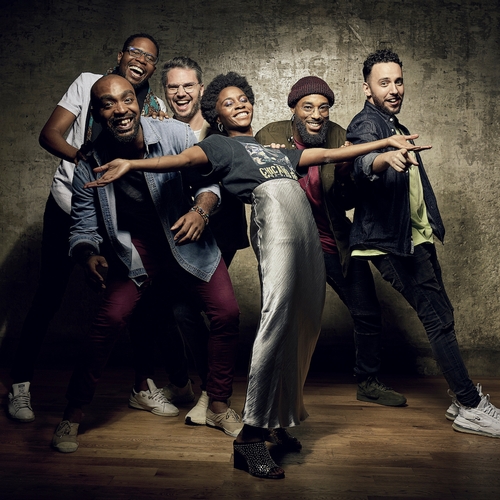 Yusan is a story about friendship and collaboration. It’s about 6 musicians coming from various musical backgrounds that unexpectedly met at La Maison des Artistes in Chamonix during an artistic residency to create an alchemy and lay down some first tracks.

Yusan means « heritage » in korean ; a name that couldn’t better suit the music. The group is the example of the emulation on Paris’ musical scene ; it’s the outcome of musicians coming from very different backgrounds who meet and play to create new sounds.

In Yusan’s fierce compositions, jazz meets gospel, Caribbean music, RnB… The collective bolsters an incredible energy while still playing with a great precision on uptempo beats as well as ballads.

The group released a first self-released EP in 2020, and rapidly acquired a worldwide fanbase. Musicians from all over the world notably joined a challenge on social media to cover their track « Chiraj » and its playful, jigsaw-like sax solo.