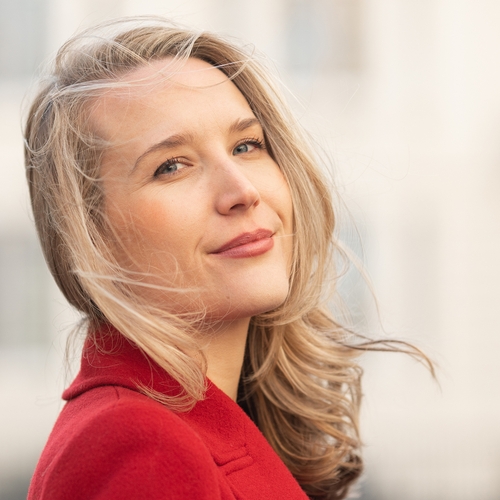 After the great success of Sarah McKenzie’s 2017 disc, Paris in the Rain (Impulse! Records), the 31-year-old pianist, singer, and composer returns with the poignant, Secrets of My Heart. The former disc opened more opportunities for her to perform around the world in such far away places as Brazil, Korea, Japan, and also established her in the United States. Its title song became one of her signature tunes and is one of the highlights of her live shows.

“Traveling was something that I really had to adjust to,” McKenzie says. “In the beginning, it is very exciting. I often describe it as going into a magical world; it’s stepping off reality and going into this world that’s so unreal. Then you come home, and all of that activity stops. It’s been a world of extremes.”

For Secrets of My Heart, she reunites with noted Australian composer, arranger, and events music director, Chong Lim, who produced her first two discs – Don’t Tempt Me and Close Your Eyes. “He’s the guy who introduced me to Wayne Shorter’s Native Dancer and Antonio Carlos Jobim’s Stone Flower. We always had a great connection; he knows me inside and out,” she says.

While embarking on her music career, being so far away from her family in Australia tore her. Sometimes, she contemplated abandoning music for the security of being with her family. “I went through a big coming-of-age process because I had to really decide how much I love this dream versus how much I love being with my family,” she explains. “How much am I prepared to sacrifice for my dream as a professional musician? And is it OK to follow that dream? And is this constant traveling the dream itself? I had some poignant questions to ask myself since the release of Paris in the Rain. And that process resulted in Secrets of My Heart.”